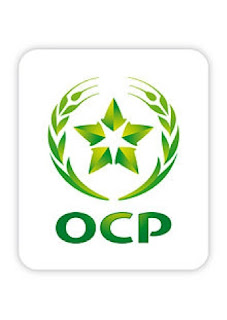 Despite its deserts and seemingly ag averse landscape, Morocco is becoming a significant player in the global phosphate industry. The country is already the world’s largest exporter of phosphate rock ore and phosphate production is currently estimated at approximately 30 million metric tons. However, the country is expected to increase its output to 55 million metric tons by 2020 following government investment.
Morocco’s Office Chérifien des Phosphates (OCP) is 94 percent owned by the Moroccan government and holds a disproportionate share of global phosphate reserves (85 percent or 50 billion metric tons). It is also committed to investing nearly $5 billion over the next 10 years to develop the infrastructure for new mines and wash plants. In addition, the Moroccan government is investing to shift the industry toward beneficiation and fertilizer production.
Alongside its investment strategy, Moroccan government has been aggressively pursuing bilateral and multilateral negations with European, Middle Eastern and North American governments to secure market access for its mineral and agricultural products.
According to Potash Investing News, Canada is engaged with negotiations with Morocco to boost trade. The two countries recently finished their third round of negotiations on a free trade agreement, which would allow Canadian businesses to access Africa’s fifth largest market.
PIN also reported that Agrium announced in September 2011 that it plans to import phosphate rock from OCP in 2013 after more than a decade of relying on its own mine.
As Morocco develops its infrastructure and resources, the country is poised to dominate pricing in the world arena. This is concerning to many companies and governments due to the issue of Morocco and the region’s political stability. Although the Moroccan king has granted greater levels of authority to political parties in recent years, PIN reports, inequality and calls for autonomy continue to drive discontent and instability in the country. In 2011, thousands of OCP workers walked off their jobs and blocked railway lines that transport phosphate over layoffs and wage complaints. These stability issues are concerns that will continue into the foreseeable future.

OCP Group Presentation:
As a global leader in the market for phosphate and its derivatives, OCP has been a key player in the international market since its founding in 1920.
Present across the value chain, OCP extracts, markets and sells phosphate and its derivatives, phosphoric acid and fertilizers. We are the world’s largest exporter of phosphate rock and phosphoric acid, and one of the world’s largest fertilizer producers.
OCP is involved in all aspects of value-creation in the phosphate industry: extraction and ore processing, transforming the raw material into an intermediate liquid, phosphoric acid, and producing finished products by condensing and granulating the acid or by purifying it to make fertilizers and purified phosphoric acid.
The variety and quality of phosphate sources found in Morocco’s soil are among the best in the world and ensure the richness of the products we offer. Our business strategy is based on developing a portfolio of innovative and quality products that can be adapted to diverse soil and plant varieties. OCP’s large industrial capacity, coupled with our flexible production system, ensure an optimal cost structure.
An engaged corporate citizen, OCP focuses on our environmental, economic, and social responsibilities every day.