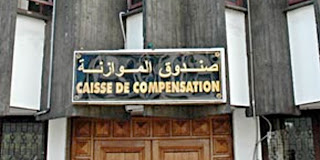 Current subsidy system called a drain on the country’s budget

Dubai: Echoing its prescription for other struggling economies in the Middle East and North Africa, the International Monetary Fund urged Morocco to remove fuel subsidies in order to free up resources for investment.
In a report on a recent IMF visit to Morocco, the international body said that the current subsidy system is a drain on the country’s budget and ineffective in helping the poor.
“Ensuring medium-term (fiscal) sustainability will hinge on the delivery of critical structural fiscal reforms... in this regard, the reform of the subsidy system is crucial and urgent, as the current system is a drain on the budget and an ineffective tool to support the population in need,” the IMF report said.
In August, the IMF approved a $6.2 billion, two-year precautionary credit facility for Morocco to support economic reforms and help protect the economy from outside shocks, such as any fallout from the eurozone crisis or ongoing political tensions in the region. Morocco has to import much of its energy needs, and is a major exporter to Europe of agricultural and industrial goods.
The IMF said in August that its credit facility would help Morocco reform its budget and ease pressures caused by the rising cost of subsidies, particularly on fuel.
The IMF’s first deputy managing director David Lipton said recently that countries in the Middle East and North Africa spent $210 billion on such subsidies last year, the equivalent to 7 per cent of their combined gross domestic product. He said the money would be better spent investing in infrastructure that would improve long-term growth.
But subsidy reform has proved tough to implement. Last month, protests broke out in Jordan after the government raised fuel prices in line with IMF recommendations. And Egypt has postponed its request for a $4.8 billion loan from the IMF as recent political unrest has hampered the government’s ability to implement controversial economic reforms, which include an overhaul of the country’s tax system and the bloated energy subsidy regime.
In its report, the IMF praised Morocco’s record of implementing policy reforms but said it faces numerous challenges due to high commodities prices and the weakening economic situation in Europe.
“Morocco’s solid performance has been challenged by the deterioration of the economic situation in Europe, high oil and food prices and, in 2012, a lower than average agriculture production,” the IMF said.
Morocco has yet to draw on the IMF’s precautionary credit line, viewing it as a back-up in case it runs into difficulty raising money by other means. Earlier this month, Morocco issued a new $500 million bond to be repaid over 30 years, adding to an existing $1 billion, 10-year bond.
The IMF also suggested further reforms to Morocco’s currency regime, saying that “a more flexible exchange rate regime would strengthen the contribution of structural reforms to greater competitiveness and absorption of external shocks.”